My comments on this article call for online news publishers to keep looking for new (and profitable) ways to engage with readers; instead of simply charging a fee and hoping to retain a profitable online publishing business after readers flock to alternative ‘free’ news sources (including quality State-owned media like the ABC and BBC).

A couple of recent announcements provide a sign post to the future of advertising. And a warning bell for media and creative agencies!

Publisher Conde Nast has announced the December issue of US GQ will be available on iPhone as well as in hard copy.

The print issue will be totally converted, advertising retained, for the iPhone. Importantly, this will mean the sales are

tallied by audit bureaus. Conde Nast can therefore count downloads as part of their December circulation. The iPhone version will cost US$2.99 and advertisers buying the iPhone issue specifically will have their ads shown every fifth screen. (Read Marketing Mag article.)

Procter & Gamble is to ditch traditional CRM and CTR ad payment models in favour of a new ‘cost-per-engagement’ scheme.

The move will see publishers that run ads for the FMCG giant’s brands, paid depending on specific metrics used to measure their engagement with the advert. For example, a metric would be used to measure consumers who sign up for newsletters or watch videos after the initial ad impression.  (Read Netimperative article.)

Wow! Who would have imagined, just few years ago, that we’d be witnessing such dramatic changes to the “old-school” advertising model where circulation/audience number/unique visitors is simply used to set display ad rates. In other words, a media owner charging an advertiser based purely on the number of people reading or watching or listening. These metrics are about to undergo a most dramatic shift towards a far more measurable and accountable state.

The Conde Nast move is a bold and exciting one. The company’s CEO even admits to receiving criticism for this decision! But kudos to him for ignoring the “old schoolers” and being prepared to embrace the new ‘digital’ world order. Imagine the creative possibilities arising out of interactive advertisements in the iPhone issue! The real upside for Conde Nast (and one one that Mr R. Murdoch should be watching very closely) is the arrangement whereby GQ will earn a fee when readers link to iTunes songs/video clips incorporated into the special iPhone issue. Whoever devised this revenue-sharing model has their finger on the pulse of cross-platform monetisation.

P&G is well-known as an advertiser that demands accountability from its advertising. The article says this is a “radical new precedent in online advertising”. They got that right – given P&G’s media buying power it could be the path that all major advertisers adopt within the next 12 months. Of course many will wait and see how this new model works for P&G and whether it can be refined in any way.

This development raises a thorny issue: the relationship between media owners and creative agencies. In “old school” terms, the effectiveness of an advertisement was dependent on two factors operating in concert – the creative and the placement. The media owner naturally controls ad placement, however they DO NOT have any control the creative; whether a customer actually responds to an ad is not of ‘financial’ concern to the media owner so long as they delivered the audience the advertiser was after.

Under the new P&G-initiated model, the creative AND the placement will not only contribute to reader response rates, but it will determine how the media owner gets paid!!

You can probably see where this argument is going…why aren’t the creative agencies also being remunerated according to the response rate in this ‘cost-per-engagement’ scheme?

There is no mention in the article that creative agencies will be included in the scheme. Surely it is fairer that both producer and distributor of advertising are held accountable and remunerated accordingly. It will be really interesting to see where this trend leads. One thing is for sure, the ground is quickly shifting under “old school” advertising models.

A recent article on Digital Ministry (http://digitalministry.com/AU/home) caught my eye. The headline reads “Scary…your parents are on Facebook!”

Here’s an excerpt from the article: “So are your parents really on Facebook? Whilst this isn’t strictly true in my case, I’ve certainly been ‘friended’ by many of their mates and I know it won’t be long until the inevitable & slightly embarrassing parental posts eventually creep onto my wall.”

From personal experience my 18 yo daughter took a whole year before deciding to accept me as a “FB friend”.  That’s OK as I was just getting to know FB so in that time I learnt some of the etiquette and behaviours of being a cyber friend.

Now she and I are “FB friends” it takes our relationship to a whole new level. As we don’t live under the same roof I don’t see her every day, so FB is another way for us to keep in touch and (this is the important bit) to find out some of what is going on in her life. I know I’m not privy to “all” her FB posts/pics but that’s OK I don’t want or need to know everything anyway! And once the eldest child agreed to be friends online, the younger daughter accepted me as a “FB friend” quite quickly.

As a marketer, I am also fascinated by the insights that FB is giving me into the ideas, attitudes and opinions of my teenage daughter and her peers. The technology is enabling parents, marketers, researchers, etc. unprecedented fly-on-the-wall listening capability to the conversations of our children; and of course they can listen to our online meanderings however I doubt they bother or care what we have to say 🙁

The data mining ‘gold field’ of the future will be to capture, organise and analyse online conversations so that marketers can identify emerging opinions and trends that may impact their communications strategies. On public blogs, forums, news sites, etc. the conversations are easily tracked and analysed. However within a closed network like FB, privacy is paramount and marketers must not assume they will get carte blanche to listen in to these conversations.

In a world where we are all seemingly ultra-connected, being connected to your kids is still the most important “connection” a parent should make.

A lack of understanding is holding many businesses back from leveraging the power of social media. Find out how to clear the confusion.
View >>
Tweet
«‹567 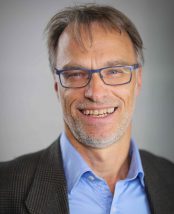 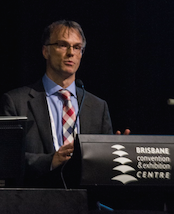 "Logic will get you from A to B. Imagination will take you everywhere." - Albert Einstein
Follow @MktgBytes
Follow @TimOnTwtr